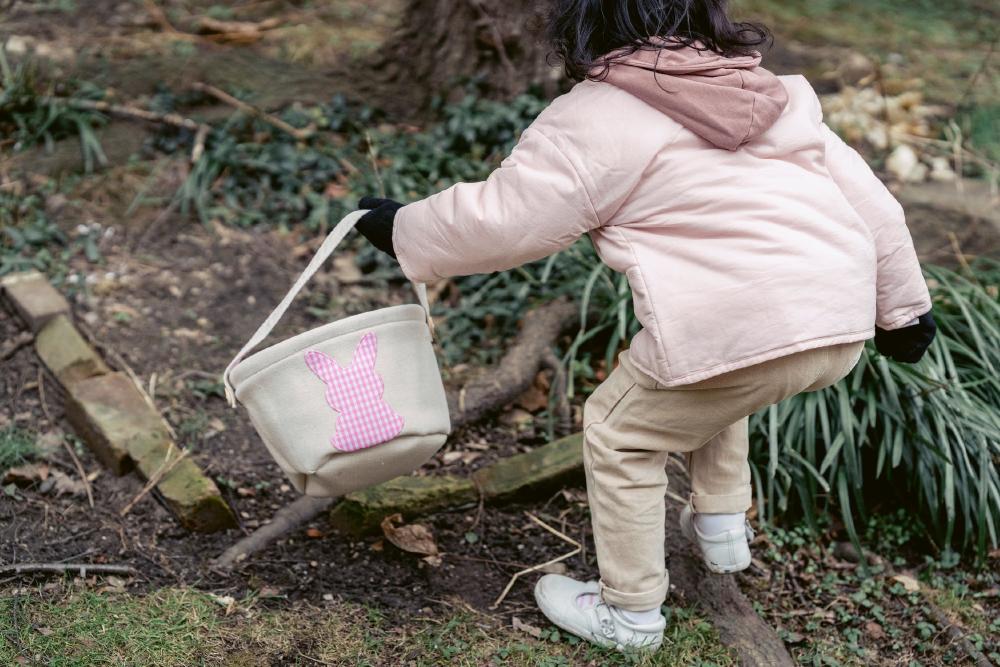 Let me tell you a story about the benefits of composting…

There were two mysterious green mounds at the bottom of my grandmother’s garden. Large, green, and springy; they seemed like mountains to me. Out of these grassy humps on sunny days, a thin steam would rise - earthy and sweet. The Compost Pile. It smelt - but it wasn’t repulsive - rather sort of fruity and fertile, and to a curious little girl who loved being outside in nature, irresistibly intriguing.

My grandmother believed in self-sufficiency and would come striding down the lawn, pitch-fork aloft, bucket of potato and apple peel swinging by her side. No way would she ever buy a weed killer or fertilizer for her rose garden, oh no! Instead, the bucket would be unceremoniously up-ended, and she set herself to work. In her house everything possible to reduce waste and be ‘sustainable’ in the pursuit of both a healthier body and healthier soil, was the order of the day.

I used to watch while she vigorously mixed the organic cuts: bits of veggie and fruit peel, cardboard, brown paper and leaves into the grassy mulch - and into that sticky black compost everything disappeared. Then, once satisfactorily blended, my moment would come to climb on top of the mound and jump up and down on the compost – a natural trampoline – squishing everything together until the next day, when the ritual would repeat.

This is how I was introduced to the benefits of composting. To me it is a totally obvious and natural thing to do. Although I do not have a garden as extensive as that of my grandmother; I still love composting and do it in a stack of plastic containers in which the conditions of the original green compost mounds can be replicated – even on an apartment balcony! But why really do it – you may ask?

Is it anything else other than an eccentricity that some eco-warriors engage in? Well, the answer to that is a definitive yes there are many real benefits of composting! They range from the power to reduce waste to healthier soil, and even improved mental health and seven of them are explained right here!

1. Healthier Soil and its Density

It turns out that soil is a bit like cake mix. Too dense, and your cake won’t rise, too loose and it won’t bind – and voila - you end up with a sticky mess. Soil is exactly the same! The really juicy, important, black stuff in soil is called ‘humus’, and it is a direct product of the process of composting. Humus is the binding agent in the soil and also the part that contains most of the nutrients that constitute good soil, making it more fertile.

One of the benefits of composting (and humus’) is that they have quite miraculous qualities, one of which is that they have the ability to balance the density of the soil to which they are added. If too dense and tightly compressed, it can be hard for plants to put down their roots stably. Adding compost mix to stubbornly hard soil will thus help plants to establish themselves - as it adds humus.

Equally, the opposite is also true. Added to soil that is too loose, compost can help bind it all together; a lot like the eggs you put in your cake mix! Once again, this offers plants just the right level of firmness for them to lay their roots, an undeniable benefit of composting.

Take a look to the following article: Manure vs Compost: is manure compost the best natural fertilizer for your soil?

Ever wondered why you can no longer buy mercury-based thermometers? Well, it’s because mercury is a heavy metal and thus extremely toxic to humans and the environment in general. There are many heavy metals to be found in soil that occur naturally; lead, zinc, copper and indeed mercury. Worryingly however, their presence has been increased as a result of damaging human activities. In excess, they are extremely dangerous and can cause irreparable damage. But here comes our next point in the list of benefits of composting.

Amazingly, humble though it seems, compost mix binds to heavy metals and contaminants found in soil. This reduces waste which is toxic and prevents such elements from being absorbed by plants, from where they can enter the food chain and even end up on your dinner plate - yikes!

The balancing effects of compost don’t end with density either, with compost’s creation if humus it can really help improve the nutrition of plants. Really, it’s quite unsurprising that just as we need balance in our diet, so do plants. A benefit to composting is that it helps soil hold onto the nutrients it already has and also contributes to the richness of the soil in question by adding in nitrogen, phosphorous and potassium. It also balances the PH of the soil, which in turn helps to keep plants healthy and the overgrowth weeds in abeyance. As the compost feeds soil, which feeds the plants, which then feed us and animals!

Check this: How to use Compost? A complete guide to take advantage of compost benefits

Of all the benefits of composting, this is the one that surprises me the most. If you, like me, are a keen gardener, you will know how frustrating it is to suddenly find a crop of weeds weaving their way through your prized patch of Chrysanthemums. They seem to pop up out of nowhere, ravaging your otherwise pristine beds! Sometimes, it can be tempting to reach for the weed killer to blast them away, but weed killer is full of toxic chemicals that can have a lasting negative impact on the biodiversity of your garden and consequently the wider environment. However, did you know that compost can provide a totally natural solution?

Weeds tend to grow in unbalanced soils and are thus able to dominate other species. However, as composted earth has the ability to balance PH levels in soil, it can act as a natural deterrent against the propagation and domination of weeds- keeping your flowers blooming and beautiful! The micro-nutrients in compost also act as a natural pesticide! Moreover, the fact that compost helps with root formation also allows plants to become more resistant to disease, and protects more fragile species against the onslaught of weeds and many pests!

You may be interested on: Have you ever heard about Liquid Compost? It's Leachate Compost and Compost Tea Recipe: How To Brew Your Own Compost Tea

Water retention hmmm – makes me think of heavily pregnant women and swollen ankles, what’s it got to do with the benefits of composting? However, hear me out, while indicative of unpleasant hormonal changes in humans, ‘water retention’ is actually really important for your soil! Adding composted earth to soil brings benefits by helping the soil hold onto essential moisture rather than having the water run off and evaporate.

This obviously brings benefits to your garden and helps you cut back on the watering, which helps to reduce waste water. On a bigger scale, it also helps the environment at large. Small changes, on a step-by-step basis can bring about long-term transformation and if we all composted more, saving on water would also be much easier!

One of the major challenges facing the planet right now is, of course, climate change. A major contributing factor to climate change is the waste, both organic and inorganic, that we throw into landfill sites. From there, the waste decomposes and releases many gases both toxic and greenhouse into the atmosphere which has a terribly negative impact on the planet and human health.

Another of the benefits of composting is that it allows you to take back some of the control of the waste you produce in your household and put it to good use. Climate change is such a huge issue and sometimes it can feel overwhelming. We are all left with questions like: what can I really do? Does anything I do really make a genuine impact?

Although it seems like a small step, composting your organic waste makes a big environmental impact. Composting your waste helps take carbon from the atmosphere and turns it into leafy greens, reducing waste and keeping the air cleaner! Studies have shown that many plants grow more rapidly in soil enriched with compost, making those plants bigger and stronger faster, and more effective at taking carbon out of the atmosphere.

7. Your own Mental Health

If we don’t have good mental health, we don’t have good anything. It’s as simple as that. Regardless of who we are, or whatever the circumstances of our lives, prioritizing your mental well-being is absolutely non-negotiable. Although it may seem like quite a leap, one of the benefits of composting is an improvement in your mental wellbeing. I used to love the ritual of composting at my grandmother’s house, but you don’t have to jump up and down on a massive pile of compost like the one she had to feel the benefits of compost.

Composting is not difficult, and it does not have to take time out of your day or routines. There is something very satisfying about taking the veggie peel and organic waste outside and putting it into the compost space that you have (whether that be an upright bin or an organic pile outside).

The process is almost meditative; in the mixing and caring for the compost and in the ultimate satisfaction to be gained once the process of decomposition is complete and you have your finished humus-rich composted earth! Mental wellbeing is a challenge at times, but small practices that bring you back to the present moment are always helpful, and composting is just that! From your kitchen to the composter, and back into the earth to feed your flowers, the circularity of the process is both calming and satisfying.

So overall, it is undeniable that there are a great many benefits of composting. You start to look at things differently once you have the eyes of a composter and you begin to reduce waste, both mental and environmental! It is a free activity that can really reduce waste and help the environment, giving you a little bit more power over what happens to the organic waste you produce.

It is also timeless in that it has been practised (as in the case of my own grandmother), for generations - and it is more needed than ever today. So, get started! There are many ways in which to compost and you can find out more about how to do it in a way that suits you in the following articles: 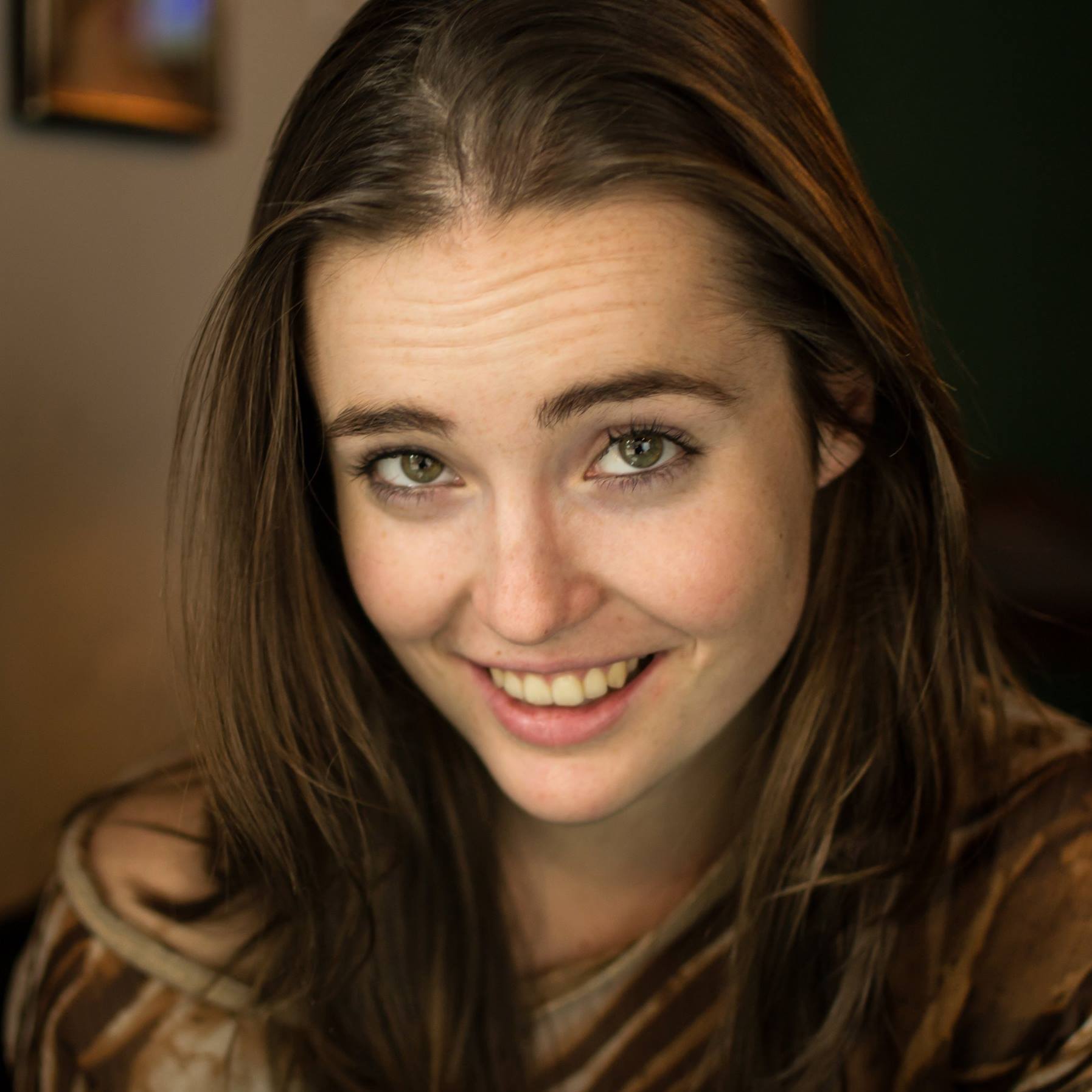 I am a bilingual writer who loves, cooking, running, journalism and sustainability.