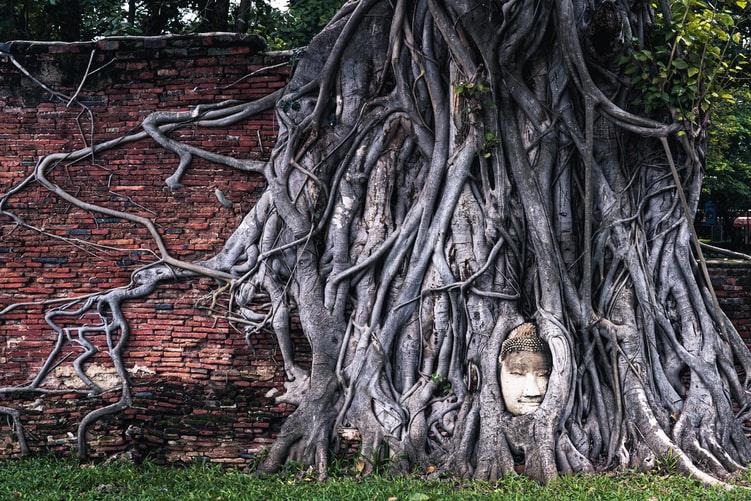 Have you ever heard or read about chakras? Whether you are the most spiritual person in your group or you've never encountered anything related to self-awareness or mindfulness whatsoever, it's very probable that at least once you've encountered the word "chakras" or even "the 7 chakras". But what are they? Where are they? Are they located in specific parts of our body? Is there anything like the chakras of the Earth? Stay with us to explore together what chakras are and where they are located around our planet.

The word Chakra comes from Sanskrit, a traditional and classical language originating in South Asia, belonging to the Indo-European family of languages, and it means "wheel" or "circle". According to Hinduism and internal practices such as Kundalini Yoga, chakras are energetic points that can be balanced, unblocked, healed, or activated with ancient meditation practices (Tantra) or through chanting mantras in the Hindu tradition.

All of these practices are oriented to control the flow of natural energy within our bodies to reach complete balance and self-consciousness. There are seven of these energetic points in our body:

1. The Root Chakra: it's located at the base of the spine. This chakra is our root chakra, it is represented by the color red, and it grounds us on Earth.

2. The Sacral Chakra: this one is located in the pubic area; it rules govern our emotions, creativity, and ability to enjoy life. There is a straight connection between this chakra and the color orange.

3. The Solar Plexus: aka "the house of the soul," it's physically located in the stomach and it's associated with the yellow color. This chakra tells us about integrity, our higher purpose here on this plane of existence, and it lays the foundations for our confidence in our life path. The Solar Plexus represents our manifestation on Earth.

4. The Heart Chakra: As its name goes, it's located right at the center of our hearts. It's green in color, and it signals the actual place where healing occurs.

5. The Throat Chakra: this one is light blue in color. It reveals "the truth" both to others and to our inner selves.

6. The Third Eye Chakra: placed in the forehead, just between our actual eyes, this chakra is dark blue. Located its role is that of the center of wisdom, higher consciousness, and intuition. This is the last chakra that finds a place in our physical body.

7. The Crown Chakra: This seventh chakra is deep purple in color and founds itself above the head in a crown-like manner. It gives us access to higher states of consciousness beyond our daily worries and visions. It's our door to connect with the universal.

Please check our article on Aura Colors & Meanings: How to Know What Color Is Your Aura to learn more about the connection between colors and energetic points.

But what is the relevance of all this? We live in a world that often gives us no choice but to live energetically unbalanced lives. Many times our daily urges for money, job, family responsibilities, etc., etc. do not allow us to live internally peacefully and healthily. The good news is that you always have a choice. And you can heal these chakras in a much easier manner than you think.

Why Is Chakra Balancing So Important?

We all suffer in some way or another: how often have you felt heartbroken or that you are not this or that enough? How often do you feel discouraged and lacking confidence, unable to speak for yourself? Have you ever experienced wandering and being lost?

I guess there is more than one feeling there to which you can relate. The good news is that you always have a choice. And you can heal these chakras in a much easier manner than you think. We are going to have a look together now at one particular alternative that is connected to The Earth Chakras and the experience of healing through nature.

You may be interested at: Find Out More About Yourself With This Enneagram Test For Free.

The 7 Chakras of the Earth:

As you may assume, chakras do not only find a place on our physical bodies. The energy of the chakras vibrates in every living element and creature. Earth Chakras are specific points around our planet that somehow mimic the body chakras. It is thought that if you are in these places, a very particular and powerful spiritual experience occurs, as your inner chakras harmonize with the energy of the Earth chakras. Are you ready to explore these places? Why don't you take a look?

It's said that when the root chakra is unbalanced: we feel unsafe, weak, hardly uncommitted, and in conflict with ourselves and others.

Root chakra of the Earth is thought to be at Mount Shasta in Northern California, USA. The former tribes and Native Americans that lived here before the conquest thought that the existing volcano was actually the center of the Earth, even where the Creator had been born. Mount Shasta represents a fully spiritual experience due to the presence of a breathtaking natural scenario filled with forest and meadows, out of which Mount Shasta rises. The volcano itself is located among the highest pikes of Cascade Renegade.

Let's recap. The sacral chakra, we said, governs our emotions and feelings, our ability to live life in full joy and love. When this chakra is unaligned, we feel fearful, disconnected from the joy of life, and pretty locked off.

To the South of America, specifically Lake Titicaca, which lies at the intersection of the Bolivian-Peruvian border: the Sacral Chakra of the Earth. The famous Isla del Sol (Island of the Sun) sits in the middle of these waters. It was once home to the Incas, one of the greatest original civilizations in the pre-conquest period. Incas took the island as a sacred spot.

It's believed that Lake Titicaca incarnates both masculine and feminine energies, which makes it clearly representative of sexuality and strongly connected to the sacral chakra in our bodies.

When integrity, connection to a higher state of awareness and purpose, and the blind self coincide - a balanced third chakra emerges. This represents the manifestation of our inner selves in our path through life.

The solar plexus chakra represents wisdom and is a twofold chakra believed to lie in Australia. More specifically, between two colossal rock formations,18 miles apart and one from each other, called Uluru and Kata Tjuta. They amazingly rise from the dry Australian desert several thousand feet.

They play a very important part in the religious practices and customs of the ancient original peoples that inhabited and still inhabit the Australian desert. These formations are thought to act as an umbilical cord with the universal energy of life.

The heart chakra, when balanced, gives off vibes full of love and kindness; it lets us see things more positively and provides us with a warm feeling of caring. When unbalanced, we may feel disconnected and adrift.

Also represented as a dual chakra, the solar plexus of the Earth is thought to be found in Shaftesbury and Glastonbury, two towns in southern England that are separated by 30 miles. Some say that the area may include even Stonehenge, which is already widely known for its particular energetic vibration.

It's worth noticing that the combination of Glastonbury and Shaftesbury has long been said to represent the merging of love — Glastonbury — and will — Shaftesbury.

There are some others, however, who turn their gaze to a volcano located in Hawaii. Its name is Haleakalā, which is said to manifest the heart chakra energy because the vibration at its summit has the same frequency as the beating of the human heart. Amazing, right?

The Throat chakra, when aligned, is a manifestation of the Truth for the own sake of Truth itself. It shows revelations out and in.

The Earth's Throat Chakra is thought to be represented in three different sites: the Great Pyramid of Giza in Egypt, Mount Sinai, also in Egypt, and Jerusalem’s Mount of Olives.

Mount Sinai and The Mount of Olives are places mentioned in the Bible. If you connect the three points on a plain map, you'll find it interesting that they form a perfect triangle which is the shape given to Vishuddha -or throat chakra- within its light blue mandala.

The last physical chakra, the third eye chakra, is the medium through which we manifest our own reality and our visions of the world. Unfortunately, the overstimulation produced by data in today's world can easily unbalance this chakra, leading to a feeling of muddied thought and a sense of not "feeling ourselves truly."

What is particularly interesting about the third eye chakra of the Earth is that it cannot be tied to a single location since it shifts with constellations and astrological cycles, accordingly. We are now in "The Age of Aquarius," and astrology determined that the current location for this Earth chakra is somewhere near Glastonbury in England. For the next astrological Age of Capricorn, it is expected that the site will shift to Brazil.

The crown chakra, we said, is not placed really in the body but above our heads. It connects us to a higher state of consciousness, which in other words, means our connection to the cosmos and the Universe.

It may not come as a surprise then that the highest point on the planet incarnates the crown chakra of the Earth. Almost 22,000 feet tall, Mount Kailash, at the very top of the Himalayas, the so-called "roof of the world," is where the crown chakra finds itself on Earth. As with the previous sites, this mount is considered sacred by its Tibetan inhabitants, and it's also the place chosen for the annual Scorpio full moon.

The crown chakra is all about spirituality, and Mount Kailash is just the right place to experience this higher awareness, both physically and non-physically. Its breathtaking natural presence and the holiness of the place make Mount Kailash the most impressive place to have a full spiritual experience. The place is still guarded by the Tibetans, and very few have made their way there.

Whether you make it to some of these places ever in life or not (I hope you can pay a visit to some of them!), the sheer fact of knowing and being aware of these apparently hidden connections between ourselves and our surrounding nature is already an amazing introspective journey in itself, don't you think?

Check our next post here: Learn More About Our Planet With This 15 Fun Facts About Earth.