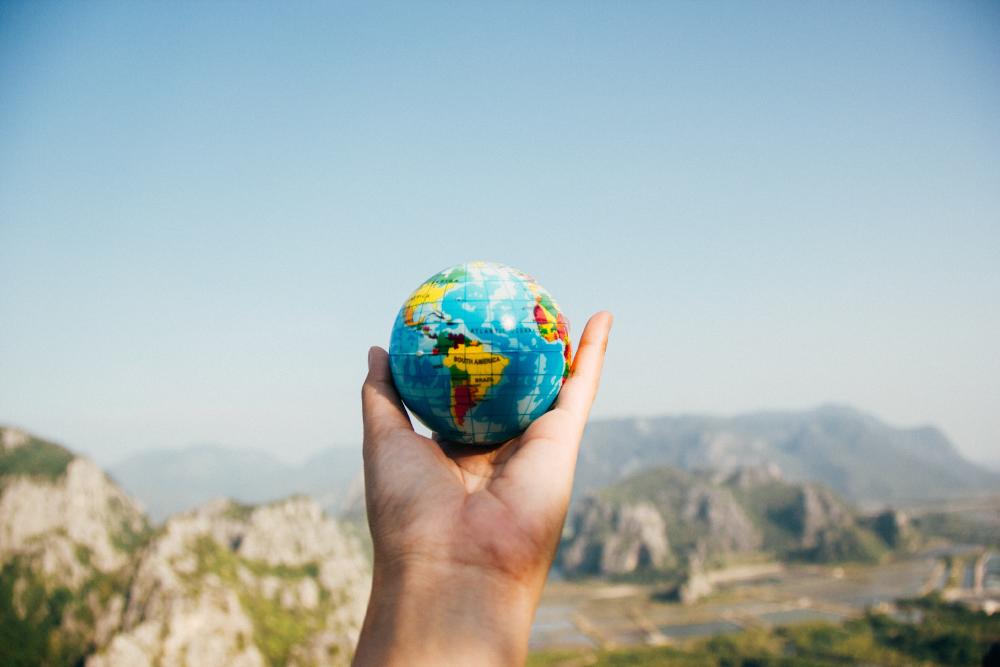 You know humans have been on earth for around 7 billion years ago? Since the beginning of time, humans have been researching our surroundings. Natural human curiosity leads us to find out amazing things about Earth. It has to lead us to advancements in medicine and in various fields of science. But still, there is a lot we don't know about our home. So let's Learn More About Our Planet With This 15 Fun Facts About Earth.

1. No one named the Earth

Even though humans are responsible for or the naming of things, we Don't Know Who "Named" the Earth. It's like the name has always been there. And, it is the only planet that is not named after a god from Greek or Roman mythology. All we know is that the name Earth comes from Old English and High Germanic, how do you think other civilizations called our planet? This is one of my favorite fun facts about Earth.

This fun fact about the earth is a really good one. Earth recycles itself. Even where you are standing right now is recycled. What I mean by this is Earth is a rock, right? But is not a steady rock is a dynamic cyclical rock. It works a little like this: hot liquid magma comes out from the core of the earth and becomes a solid rock (this is called the igneous part), then the natural tectonic movements help that rock get pushed to the surface.

That movement can cause some erosion, which leads to sediments of rock descending over the cracks all the way down where they are near the core, which as you know is really hot and, are cooked and turned back into magma. Talk about using what you have! The Earth is constantly restoring itself. Isn't that amazing??

The core of the Earth is crystalline and is surrounded by liquid. It is so hot, 10832 degrees Fahrenheit, that matches the surface of the sun. Scientists use x rays to measure how iron transforms and melts. Imagine what other fun facts about Earth scientists might discover.

4.Earth is a Tectonic Planet

Talking about movement, planet Earth is the only known planet that has tectonic plates in the solar system. Tectonic plates are like pieces of Earth's first layer, its crust. This might only sound like one of the fun facts about Earth. But the truth is, tectonic plates are responsible for a lot on earth. From dragging carbon from the surface of the earth to the core to processes that create mountain formations, volcanic eruptions, and ocean trenches, everything from tectonic movement.

So tectonic plates not only help Earth recycle itself but also contributes to climate change! By pulling all that carbon down, it is contributing lessen the number of greenhouse emissions that are on our atmosphere.

5. The Hottest Spot is in Libya

El Azizia is a really small town in Libya, it is a major trade center and the town population is over 23,399. Weather stations from NASA Earth Observatory recorded on September 1922 a record rise in the temperature of this small town to 136 Fahrenheit. That is 57.8 degrees celsius. That is why El Azizia takes the price for the hottest spot on Earth. Even though scientists are sure there have been higher temperatures outside the scope of the weather stations. For now, this small town near the ocean is the hottest place on Earth.

6. The Coldest Place is Antarctica

You might think this is not even a fun fact since it is very obvious that Antarctica is the coldest place on our planet. But did you know that temperatures drop down to 100 degrees Fahrenheit, that is -73 degrees C! In the Russian Station in Antarctica, on July 21, 1983, weather equipment showed a record in the temperature on Earth: minus 128.6 degrees Fahrenheit. I don't know if that's just me but that chilled me to the core.

Bonus Fun fact about Earth: it is not a perfect sphere, all our books show us a perfect circle that we can draw easily, but remember Earth is just a rock, and a self recycling that brings magma to the surface through time so, how can it be a perfectly smooth sphere? Well, it cant.

There is an area near a body of water called Hudson Bay, where it has been proven that there is less gravity than in other places. Scientific research blames it on the melted glaciers.

Why? So, gravity is directly proportional to mass. And according to studies, all the ice mantle that covered Earth during the ice age is already melted, that doesn't mean it changed the layers under it. So basically the explanation is that the surface of the Earth on that particular spot is lower than other places, which means, lower gravity. And hey! If you want to lower the number on the tilt, go on a vacation to Hudson Bay and you'll weigh a tenth of an ounce less! That is a fun fact !

A year on Earth actually is 365.2564 days. Those decimals you might found useless, well they are responsible for the leap year we get every four years. Imagine a day of more than 24 hours? We might need one someday.

9. On Earth, Rocks can Walk

What? Mm, yup. As you heard. Well, they don't walk by themselves, and it only happens in one place. But it is still a fun fact!

There is a lake-bed in Death Valley, California called Racetrack Playa. This lake-bed is a flat surface where a storm can make rocks move places with almost no effort. And I am taking big rocks, not only pebbles and dust. Storms can move rocks that weigh hundreds of pounds. This phenomenon is explained by scientists with the theory of the inundation of ice-encrusted rocks. So when they are wet a breeze can easily move the rock.

Now let's talk about some living beings on earth.

10. The Largest Living Structures on Earth are Coral Reefs.

I bet you've heard of coral reefs, maybe you've even seen one on a scuba dive. But did you know that coral reefs have a higher number of species living in them, even higher than a rainforest! A Coral reef is not only a nice-looking rock in the ocean, it is a group of coral polyps, a community of living organisms that add to the biggest living structure on Earth.

Read more here: Coral Reefs Ecosystem is Dying: How Can we Prevent This?

11. Mosses are All Around

Mosses are basically a plant. They don't have seeds, that produce spores for reproduction and they don't have flowers. But guess what? They are everywhere.

You might have the impression that mosses are only in humid places, but actually, mosses can grow virtually anywhere. Even dessert soil is covered in mosses. How can they do that? well, they are fascinating plants, they look fragile but they have some great adaptation skills. Mosses can pick up the water from the air using their "hairs" (awns) making them one of the most resilient plants you'll ever see.

Talking about things that are everywhere, did you know that similar to mosses, fungi are organisms that grow beneath our feet and we don't know the extent of each organism. There is a whole network of fungi around the world! Check out this amazing documentary that explores the world of fungi:

12. Fresh Water is Running Out

Water we use in everything we do is freshwater, and it represents only 3% of the water on earth. The majority of this freshwater is locked up in glaciers and ice caps around the globe. Also, not useful for human activities like agriculture and day-to-day life. So as the glaciers melt thanks to climate change, the melted water is going into the ocean, making us lose precious freshwater for later usage.

If you want to learn more about water, here is an article on Water Footprint: How Much Water it Takes to Make Things.

13. Most Life Lives in the Ocean

Sometimes humans feel like they are the ones who are "conquering" earth. But the truth is that we represent a little percentage of life on Earth. a matter of fact, 80% of all life on Earth lives under the surface of the ocean. Most living beings can be found in the deep deep ocean. So not even the life we get to see near the coast. I found this to be a very interesting fact, I feel like we know so little, yet feel so grand.

And this is my favorite:

14. The Color of the Earth Used to be Purple

Is not that the actual soil was purple. But this is a pretty cool fact. Earth used to have on its surface some microbes that weren't based on chlorophyll (the responsible for making things green). These microbes were retinal based, which led scientists to speculate that that would have made the Earth look purple other than green. Cool right??

There is a big change there are more Earth-like planets. Scientists found out that there are planets that are similar in composition to Earth. Humans are more and more exploring unknown parts of the universe, so who knows it might even be human-like life somewhere. But life on other planets is still a question we need to answer.

Earth is an amazing place. We need to keep looking for facts that wow us. I hope these fun facts about Earth inspire you to take the lead on change. Let's keep our Earth clean and safe!

You may be interested at: The 7 Chakras of The Earth: What and Where Are They?