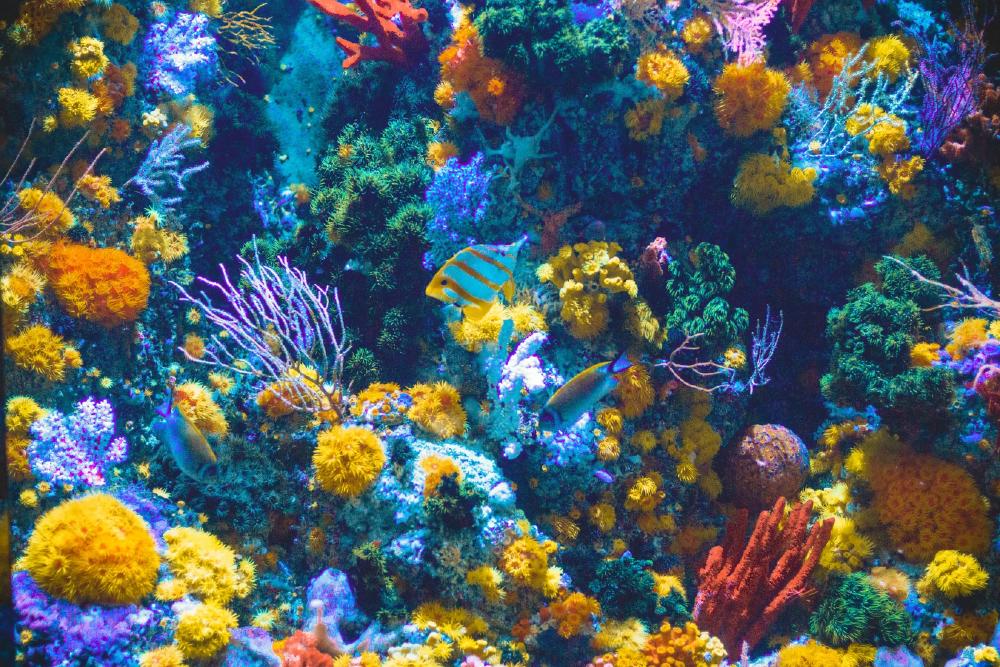 Coral reefs are not only the most diverse ecosystems on earth but also home of all kinds of different species of fish and an important piece for human survival. This miniscule colorful animal is bleaching out faster than we could think of. Between 2016 and 2017 a massive coral bleach has been recorded in the great barrier reef in northern Australia, this means that coral reefs ecosystem is dying faster than it can recover.

The great barrier reef is a “world´s heritage site” because of its importance for science and development. Coral reefs are habitats of dozens of different kind of species which populations have reduced by 50 per cent in the past years. Changes to the environment produced, for instance by the rise of average temperature, turn coral to feel under stress releasing what makes it wonderful: its vibrant color. Corals are capable of recovering indeed, only if normal conditions return, yet this might take several years.

Scientists have been promoting initiatives such as protected marine areas to preserve coral reefs from dying. But scientists are not the only ones who can help coral reefs ecosystem. Luckily, there are lots of changes in our daily routines that could help prevent coral reefs from dying even if we do not live close to a reef, starting with getting to know why coral reefs are important to us.

But do we know exactly what a Coral is?

It is not a surprise that many of us might think of corals as plants, their animal-shapeless body and their stunning colors remind us of wildflowers, but corals are in fact living animals, they work along, during their whole life, with an algae present in their environments to build impressive, beautiful structures known as reefs that resemble an underwater rainforest. This means that corals create its own ecosystem, that is also habitat of other species.

Unlike plants, corals are unable to make their own food from photosynthesis but use their small tentacle-like arms to get nutrients from the water around them. The algae creates nutrients for the coral and protect itself by living within its surface to make oxygen which, at the same, time helps the coral breathe, get rid of its own waste and helps them build up the reef through a calcification process.

This partnership between these two fantastic beings is the clue for this tiny animal to have built one of the biggest biological origin structures defying earth-grown old forests like Amazonia. As simple at this might seem it took millions of years to reefs to be constructed and their existence as an ecosystem is important to us, human beings. Yet, coral reefs are dying.

Just as the algae and the coral create a symbiotic relationship in order to survive, humans and coral have an alike tie as well. Living and healthy coral reefs impact our own life in different ways.

Not only coral reefs are remarkable living structures, but they are also a key in human economy, providing more than five hundred million people´s main source of income related to industries such as tourism. Many emergent economies, like south-east Asia countries, base its economy in activities such as snorkeling and diving in coral reefs ecosystem.

Also, fisheries industries rely on coral reefs in a sense that they are nurseries for small species of baby fish which live their first years in the reef before being able to swim in open water.

The presence of coral reefs ecosystem is also important for us because the reefs help protect the coastlines from all kinds of natural disasters like tsunamis or hurricanes by reducing the impact of waves protecting coastal settlements or cities. In the same way that it protects our environment it also preserves other coastline ecosystems such like mangroves which are home and nursery for different non-aquatic species.

The existence of coral reefs is also linked to water, soil and air purification. Also, pharmaceutical industries find in coral reefs ecosystem different kinds of plants that are crucial for medicinal development such as asthma or respiratory treatments. And this is just a small list stating why coral reefs are important.

Then, do we know why are Coral Reefs dying?

In the past few years scientists have detected, after carefully monitoring coral reefs, that they have been losing their vibrant colors or technically bleaching out. The Great Barrier reef located in the Pacific Ocean had just had its third massive bleaching last 2020. Apart from being a sign that coral reefs are dying, coral bleaching is in fact a natural process, but what concerned the scientist the most is that the rate of bleaching has rapidly increased within the last twenty years. This raises the question: Why are coral reefs dying?

The simplest and fastest answer would be that coral reefs are dying because of changes on its ecosystem. Then how does this happen? Pollution, unsustainable fishing, harvesting practices, climate change are just a few reasons that come into mind when thinking about this. Coral reef building is a slow process and pollution is increasing way much faster than their ability to reproduce.

Corals as any other living beings get stressed about changes in their environment, this makes them expel their own tissue containing its color and with this they also fling out the algae living in it, responsible of making the oxygen and nutrients that coral relies on. Without its symbiotic companion, oxygen or nutrients coral rapidly bleaches out until it literally starves to death.

Climate change is playing its part too, global temperatures are increasing and so is the amount of CO2 held in the atmosphere. When carbon dioxide levels increase in the surface, it also does the water acidity, making it hard for corals to complete the calcification process from which they build the structure of the reefs.

Activities like over-fishing or harvesting practices strongly affects coral reef ecosystem too. Overfishing for example makes some herbivorous fish disappear creating a super population of different kinds of seaweed that lies on top of the reefs blocking out the light and affecting the coral capacity to recover from bleaching, which again leads them to die.

Unsustainable fishing, on the other hand, leaves traces of fishing gear such as nets or traps in the bottom of the ocean damaging coral reef structure that takes years to grow back. Moreover, reefs functions as nurseries for young fish and its removal causes high impact onto reef ecosystem.

Is there anything we can do to help coral reefs from dying?

Luckily for us, there are many things we can change on our daily routine that helps coral reefs from dying and create a healthier reef ecosystem. Even if we do not live closer to a reef area, small changes still pay its part to the preservation of the reefs.

If you are planning on to visit a coral reef, make sure you practice safe and responsible snorkeling or diving. Corals are tiny delicate animals, and its structure might break easily, so if you are visiting a coral reef ecosystem try your best at not touching the coral. You can also check your sunscreen main ingredients, components of some sunscreen protection creams are toxic for reef ecosystem and will damage it if in contact, you can prevent this by choosing a sustainable option or why not wear a long-sleeved shirt to protect your skin from the sun.

If you are not going to visit a coral reef but you would also like to protect them, you can be mindful of coral bleaching and educate yourself in order to reduce your impact in coral reefs ecosystem.

There is a lot of free information online that can help you understand the importance of the reefs, for example, check this documentary available in one of the mainstreams platforms:

Remember that every little act count, it doesn´t matter if you have been doing it for years or you are just starting today. Coral reefs ecosystem preservation is important and everything you do matters.

There are also several organizations that work on growing and re-planting coral back into the ocean, like SECORE, which developed a group of professionals working along as a team into coral reefs restoration, you can always help them by donating here. Let’s work all together from our ends to preserve coral reef ecosystem!

Bonus: Learn more about another ecosystems, like Coral Reef: A Few Biodiversity Examples and How Are They Linked