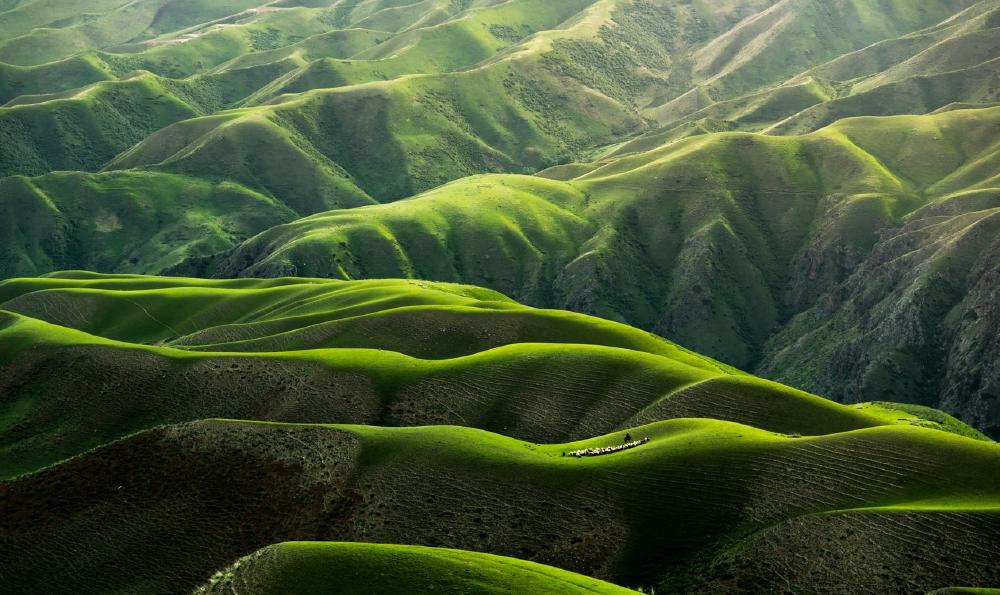 On April 22 we celebrate Earth Day and this year will be its 51st anniversary. Every year, Earth Day is given a sort of theme, just to put in the spotlight different problems that need to be tackled. Particularly this Earth Day edition theme is "Restore Our Earth". So, What you are waiting for, let's dive into: what Earth Day is all about, what you need to know plus Earth Day Quotes So You Can Spread the Word!

Here is an Earth Day quote to start the day:

“The Earth is a fine place and worth fighting for.”
—Ernest Hemingway

What is Earth Day?

I bet we've all heard of Earth Day but do we actually know what Earth Day is all about? And how did it came to be one of the most celebrated international holidays?

Earth Day is an international annual event, celebrated around the world on April 22 each year. Its main goal is to back initiatives and actions for environmental protection. Most of the time, Earth day comes with major celebrations and public demonstrations including millions of people. All working towards better management of our resources. It is not just a day to celebrate Mother Earth but is also a good moment for us to sit and reflect on how are we taking care of our home.

We've been celebrating Earth Day for decades now, but how did it all start?

It all started in 1969 with a concerned Senator from Wisconsin named Gaylord Nelson who was preoccupied with the way America was treating the environment. As he witnessed a massive oil spill in Santa Barbara and as his concern was accompanied by a rising new consciousness inspired by the anti-war movement.

This new way of thinking about air pollution, human rights, and water conservancy allowed Senator Gaylord Nelson to pitch his concerns and his idea of a national day to create awareness about the environment. He managed to recruit republican Congressman MacCloskey to serve as his co-chair. In one of his first (of many) speeches Senator Gaylord Nelson set a clear tone on what is Earth Day:

"Our goal is not just an environment of clean air and water and scenic beauty. The objective is an environment of decency, quality, and mutual respect for all other human beings and all living creatures." —Sen. Gaylord Nelson

Why is Earth Day celebrated on April 22?

Well, since the most active members of the community were college students, Denis Hayes, a young activist recruited by Senator Nelson to organize the campus teach-ins, proposed a weekday for students to be at the school and for it to be between Spring Break and Finals. This way they would make sure that a higher number of students would participate. So they chose April 22, and it stuck!

Here is one of my favorite quotes from Hayes:

“Listen up, you couch potatoes: each recycled beer can saves enough electricity to run a television for three hours.” —Denis Hayes

This reminds me! Recycling is very important. So here is our post on: Reduce, Reuse & Recycle: What does it Mean, How to put it in Motion there you'll find tools and strategies on how to put in motion your own environmentally-friendly(er) lifestyle.

Fifty-one years ago, the first Earth Day was being held and more than 20 million people went to the streets to support the initiative and to show their concern about the environment. That day keeps being the largest manifestation in human history.

This first Earth Day inspired millions of Americans to work together towards a better world. It originated a rare political unanimity and unity.

It did not matter if you were conservative or liberal, Republicans or Democrats, poor or rich. The fight was collective. It was no longer a fight fought only by environmentalist groups, this was a fight that concerned 10% of the total population of the country.

Time passed and the movement grew stronger. It was not only Americans who were concerned about the environment, but the whole world was raising red flags on different issues. Denis Hayes was still in the lead of the movement and by 1990 he was working along with several global leaders to organize another major campaign for Earth Day.

Now it was going global. This time the 20 million people multiplied to 200 million around the world in 141 countries. They and rallied, protested, and celebrated Earth Day putting a global focus on environmental issues. Even The Muppets got involved! Time Warner hosted The Earth Day Special featuring a cast of stars addressing concerns about several topics such as global warming and deforestation. In the show they engage in conversations around what can be done.

" I will survive, I'm just a rock floating around the Sun. It's you I'm worried about." —Mother Earth

This globalization phenomenon of Earth Day led organizations to a more united front. While research advanced, focus shifted towards climate change and activists urged governments to lead them to a more sustainable way of producing energy. With an amazing 5,000 organizations focused on environmental issues and 184 countries, the early 2000s marked a new record on the impact of Earth Day.

The massive demonstrations around the globe were as successful and as crowed as they were thanks to the internet, which played a key role not only in spreading the word about different activities on Earth Day but also (and more important) in making information about environmental issues available to everyone who could put their hand on a computer.

The sentiment of urgency was global. Citizens, activists, and environmental groups shouted loud and clear a message: We need determined and urgent global action on global warming and environmentally friendly energy.

"Solutions to the climate crisis are within reach, but in order to capture them, we must take urgent action today across every level of society" —Al Gore

In the midst of a global pandemic, the Earth is sending us signals, an urgent call to action to stop climate change and restore our environment.

The last couple of years have been rough for all of us. Living through a pandemic is not easy, but it is clear that it is a response to the way we've been handling resources in the last 200 years.

The Australia Fires (Read more here: Australia Fires: What caused them? and what is their impact on the environment?) and Covid-19 are directly linked to our Earth's health. Research shows that climate change was a big part of the phenomenons Earth has experienced in the past few years. From floods to high temperatures in naturally cold places, to even worst events that struck the planet.

"Global warming is not only the number one environmental challenge we face today but one of the most important issues facing all of humanity." —Leonardo Di Caprio

On that note, Malaysian artist Red Hong Yi created an image that is part sculpture, part performance art. She made a world map out of matchsticks and then... she set it on fire to represent the scope of climate change.

I was mesmerized by the image. Watch it for yourself:

I want to finish this article with a quote from the Swedish activist Greta Thunberg:

Whether we like it or not, the world has changed. It looks completely different now from how it did a few months ago, it may never look the same again. We have to choose a new way forward" —Greta Thunberg

The words from the young activist are blunt and clear, the necessity for a change is crucial. We need to make changes today to leave a healthy Earth for future generations.

You may be interested at: Learn More About Our Planet With This 15 Fun Facts About Earth